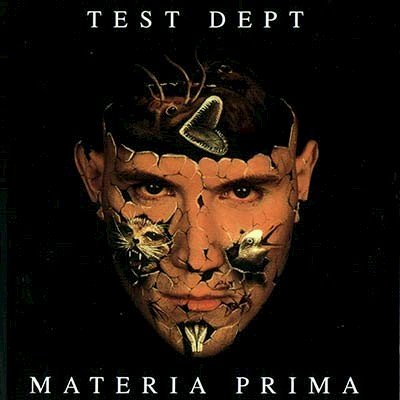 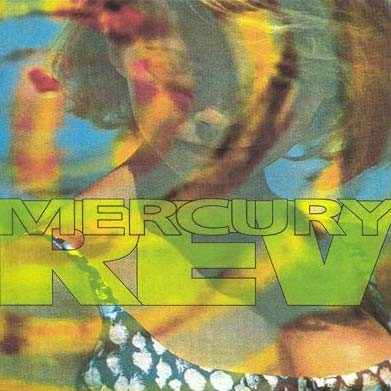 MiniDisc was announced by Sony in September 1992 and released that November for sale in Japan and in December for the USA and Europe. The music format was originally based exclusively on ATRAC audio data compression, but the option of linear PCM digital recording was later introduced to attain audio quality comparable to that of a compact disc.

MiniDiscs were very popular in Japan but made a limited impact elsewhere - only 50,000 were sold in USA in the first year. The MiniDisc system can now be considered obsolete as the last MiniDisc recorder/player was finally discontinued in 2011.

NEW YORK 1992, Nov. 5 /PRNewswire/ -- Philips Consumer Electronics Company today announced that its first Digital Compact Cassette (DCC) player/recorder is now on sale at leading consumer electronics retail stores in New York, Los Angeles, Chicago, San Francisco and Boston. As part of a nationwide rollout, the DCC900 will be available in more than 10 additional cities this month. This distribution enables all Philips audio dealers to stock the DCC900 in time for the holidays.

"Today we celebrate the beginning of a new era in digital music," said Donald F. Johnstone, president and chief executive officer of Philips Consumer Electronics Company. "The DCC900 is the latest example of Philips' leadership in digital home entertainment. DCC is the most important audio product since the compact disc and is positioned to become the digital successor to the analog cassette." In addition to DCC, Philips also invented the analog cassette and compact disc technology.

The industry's first DCC home deck, the Philips DCC900 hooks up directly to a home stereo system and comes with a pre-recorded DCC music sampler, "The Ultimate DCC Collection," a 90-minute blank Philips DCC and a remote control. It carries a suggested retail price of $799.00. As part of a worldwide introduction by Philips, the DCC900 is also available in France, Germany, Japan, the Netherlands and the United Kingdom.

Throughout the next 12 months, Philips plans to introduce a full range of DCC player/recorders in all major cassette configurations, including personal headphone stereo, car stereo, mini system component and personal/portable models.

The DCC music system includes DCC player/recorders, pre-recorded DCCs by superstar recording artists and blank DCCs for making digital recordings. The sound quality of DCC is comparable to that of compact disc.

Newly designed pre-recorded DCCs feature full-color album graphics directly on the face, making each DCC as unique as the music it contains. A sliding metal shutter locks the hubs and protects the inside of the DCC when not in use. Both blank and pre-recorded DCCs come in an easy-to-handle, protective case compatible with existing consumer and retail cassette storage fixtures.

According to the DCC licensing agreement administered by Philips, all DCC manufacturers must adhere to specific production and technical specifications to ensure a single worldwide quality standard. Such a standard was never established for the old analog music cassette.

Blank DCCs will be available in 45-, 60-, 75- and 90-minute lengths from a variety of manufacturers including BASF, Maxell, Memorex, Panasonic, Philips, Scotch and TDK. Philips will introduce its 90- minute blank DCC at a suggested retail price of $9.99. 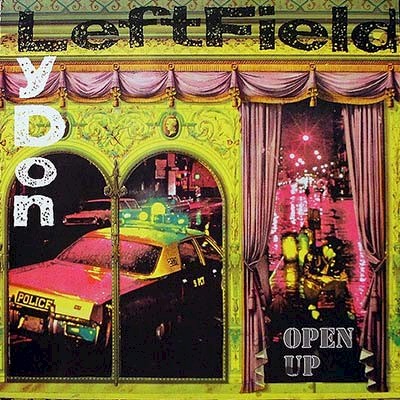 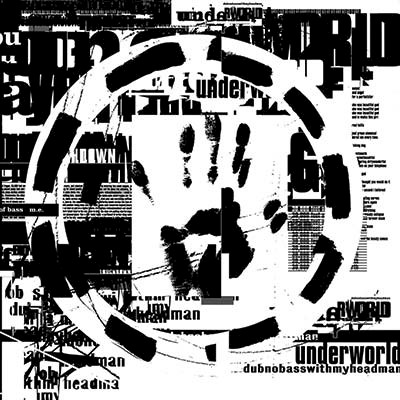 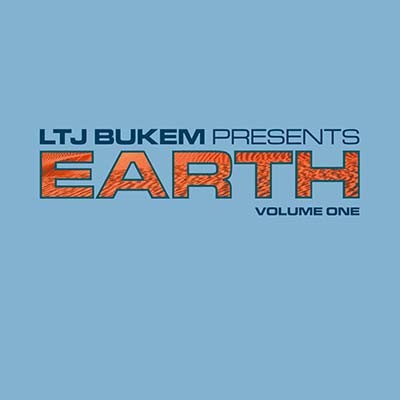 In the early 1990s two high-density optical storage standards were being developed: one was the MultiMedia Compact Disc (MMCD), backed by Philips and Sony, and the other was the Super Density disc (SD), supported by Toshiba, Time-Warner, Matsushita Electric, Hitachi, Mitsubishi Electric, Pioneer, Thomson, and JVC. IBM's president, Lou Gerstner, acting as a matchmaker, led an effort to unite the two camps behind a single standard, anticipating a repeat of the costly format war between VHS and Betamax in the 1980s.

Philips and Sony abandoned their format and agreed upon Toshiba's format insisting on the adoption of Philips' EFMPlus. EFMPlus, which was 6% less efficient thanToshiba's SD code and resulted in a capacity of 4.7 GB as opposed to SD's original 5 GB. The great advantage of EFMPlus is its great resilience against disc damage such as scratches and fingerprints.

"DVD" was originally an initialism for "Digital Versatile Disc." Many non industry consumers believe that it stands for "Digital Video Disc" however the format was not specifically for video but rather computer data. At the time there were few commercial computer applications that would require the size of a DVD.

In September 1995, Sony joined nine other companies to create a single, unified standard for the emerging DVD format. The first DVD players and discs were available in November 1996 in Japan, March 1997 in the United States, 1998 in Europe and in 1999 in Australia. The first pressed DVD release was the film Twister in 1996. 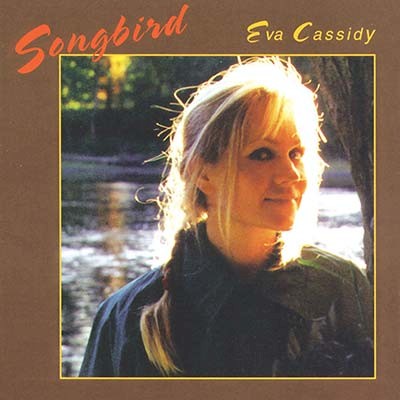 Super Audio Compact Disk (SACD) is a high-resolution audio CD format. Version 1.0 specifications were described by Philips and Sony in March of 1999, in the Scarlet Book. SACD and DVD-Audio (DVD-A) are the two formats competing to replace the standard audio CD. Most of the industry is backing DVD-A, with Philips and Sony being the major exceptions.

Like SACD, DVD-A offers 5.1 channel surround sound in addition to 2-channel stereo. Both formats improve the complexity of sound by increasing the bit rate and the sample rate, and can be played on existing CD players, although only at quality levels similar to those of traditional CDs. SACD uses Direct Stream Digital (DSD) recording, a proprietary Sony technology that converts an analog waveform to a 1-bit signal for direct recording, instead of the pulse code modulation (PCM) and filtering used by standard CDs. DSD uses lossless compression (so-called because none of the data is lost in the compression process) and a sampling rate of 2.8MHz to improve the complexity and realism of sound. SACD can also contain extra information, such as text, graphics, and video clips. 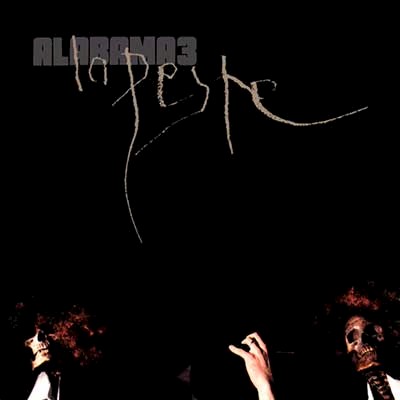 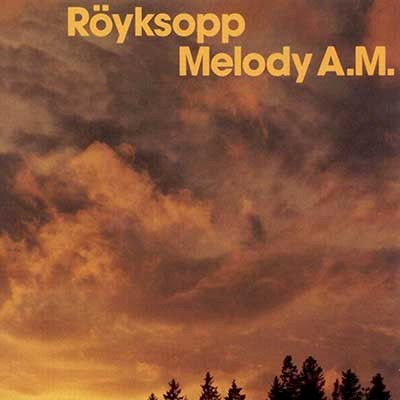 • The first iPod was released in 2001.
• The full range of sounds, on average, for an iPod is 120 decibels.
• The first iPod ever made had 5GB of capacity.
• In France, it is illegal to play your iPod louder than 100 decibels.
• By 2006, the iPod had sold over 41 million units.
• iPod batteries can last between 14 - 28 days if they are not used at all.
• Depending on the model of iPod, the battery will continuously play music for between 8 - 20 hours if fully charged.
• A vacuum has been released which has inbuilt iPod speakers.
• The world's most expensive iPod costs $231,776.
• Apple, the brand that makes iPod's, was created in 1976.
• The iPods computer program, iTunes, was released in 2003 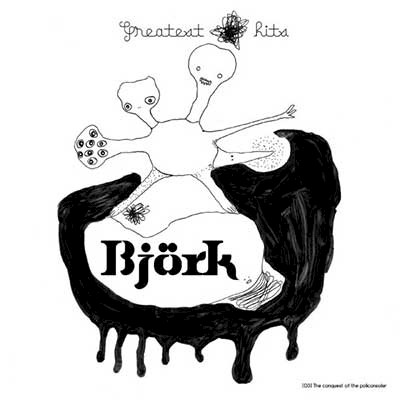 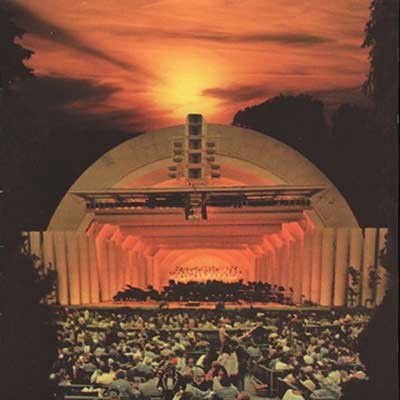 My Morning Jacket
At Dawn

DualDisc had both a CD side and a DVD side, allowing artists to mix audio, video and computer content - all on a single two-sided disc. One side was the full-length CD audio album. The other side offered DVD content with 5.2 surround sound. You didn't need new equipment, the CD side played in a standard CD player and the DVD side in a DVD player, but had enhanced audio and the additional DVD features. The DVD side also played on gaming consoles and computers. In a PC, the DVD side acted like a DVD-ROM on DualDiscs that included computer extras and Web links.

DualDisc titles received a mass rollout to retailers throughout the United States in February 2005, though some titles were available as early as November 2004. The recording industry had nearly 200 DualDisc titles available by the end of 2005 and over 2,000,000 units had been sold by the middle of that year. However, sales plummeted over the next three years, particularly in competition with rival formats like SACD and DVD-A discs, and DualDisc disappeared from the market by 2009. 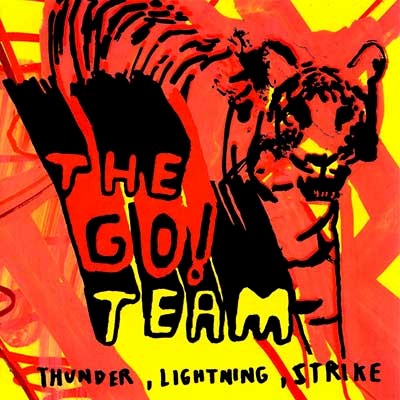 The UK Official Download Chart is compiled by the Official Charts Company on behalf of the music industry. The chart week runs from Sunday to Saturday, with the chart being published on a Wednesday afternoon, so as to not to clash with the release of the main UK Singles Chart. The main chart contains the Top 200 downloads; however, usually only the Top 20 or Top 40 are of main interest.

The chart only uses sales of permanent digital downloads, that is single-download tracks on non-subscription online music stores. Some downloading services offer a monthly fee plan where generally an unlimited amount of tracks can be downloaded within a month for a certain price. Tracks downloaded in these instances do not qualify. 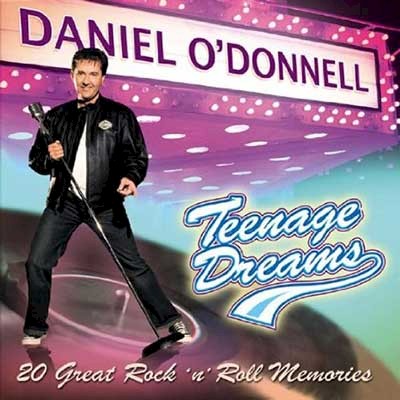 HD-DVD (now discontinued) was the second major High Definition Disc format (after Blu-ray) that was vying to replace the current DVD standard in the market, and was a direct competitor of Blu-ray for two years. A disc stored about 3.2 times as much data per layer as a DVD (maximum capacity: 15 GB per layer instead of 4.7 GB per layer).

It is interesting to note that although HD-DVD has been discontinued, Toshiba has not switched to the Blu-ray camp and is pursuing its own course with a re-emphasis on improving standard DVD upscaling technology and other products. In terms of technology, Blu-ray and HD-DVD both utilize Blue Laser and sophisticated video compression to achieve high definition video playback on the same size disc as a standard DVD. However, neither format is compatible with the other. 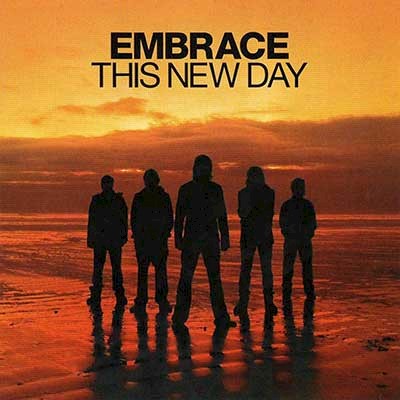 Blu-ray is an optical disc format jointly developed by the Blu-ray Disc Association (BDA), a group of the world's leading consumer electronics, personal computer and media manufacturers (including Apple, Dell, Hitachi, HP, JVC, LG, Mitsubishi, Panasonic, Pioneer, Philips, Samsung, Sharp, Sony, TDK and Thomson). The first Blu-ray Disc prototypes were unveiled in October 2000, and the first prototype player was released in April 2003 in Japan. The format was developed to enable recording, rewriting and playback of high-definition video (HD), as well as storing large amounts of data. The format offers more than five times the storage capacity of traditional DVDs and can hold up to 25GB on a single-layer disc and 50GB on a dual-layer disc. This extra capacity combined with the use of advanced video and audio codecs offers consumers an unprecedented HD experience.

While current optical disc technologies such as DVD, DVD±R, DVD±RW, and DVD-RAM rely on a red laser to read and write data, the Blu-ray format uses a blue-violet laser instead, hence the name Blu-ray. Despite the different type of lasers used, Blu-ray products can easily be made backwards compatible with CDs and DVDs through the use of a BD/DVD/CD compatible optical pickup unit. The benefit of using a blue-violet laser (405nm) is that it has a shorter wavelength than a red laser (650nm), which makes it possible to focus the laser spot with even greater precision. This allows data to be packed more tightly and stored in less space, so it's possible to fit more data on the disc even though it's the same size as a CD/DVD. This together with the change of numerical aperture to 0.85 is what enables Blu-ray Discs to hold 25GB/50GB. Recent development by Pioneer has pushed the storage capacity to 500GB on a single disc by using 20 layers. 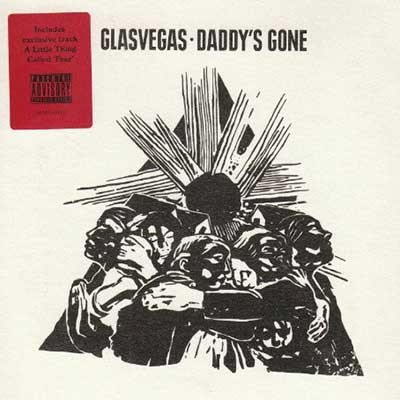 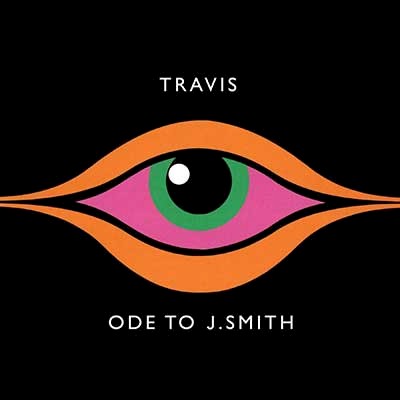 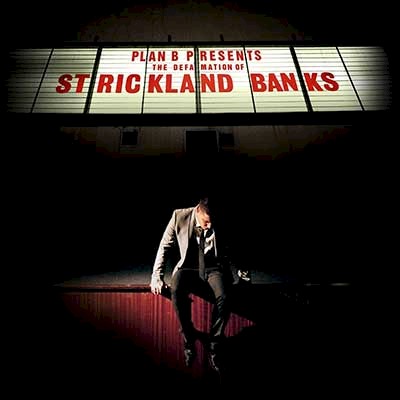 Plan B
The Defamation of Strickland Banks

Five Day 20th Birthday Party at The Bull and Gate. 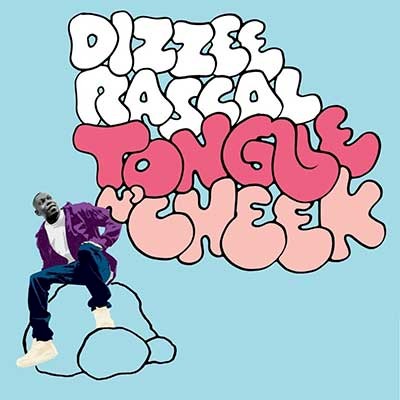 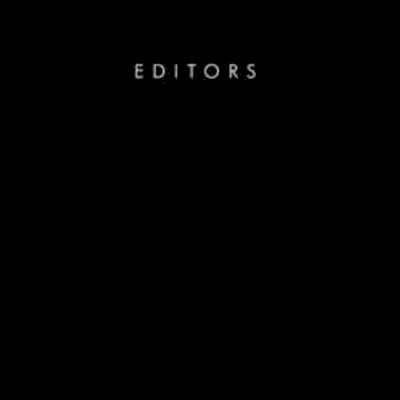 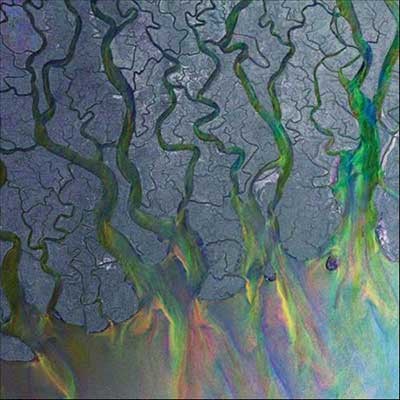 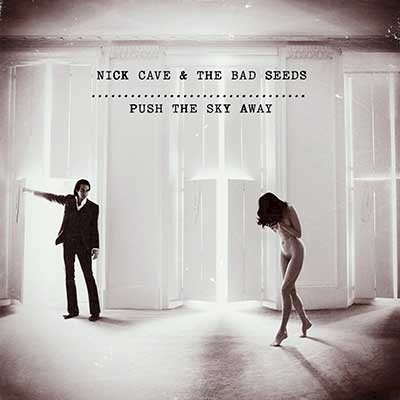 Nick Cave
Push The Sky Away 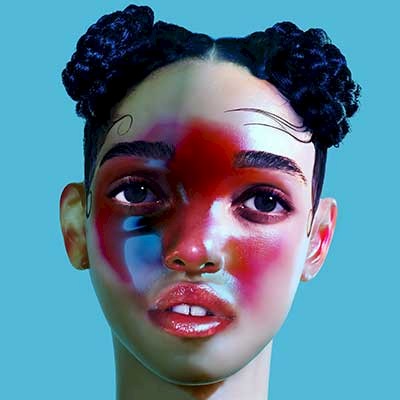 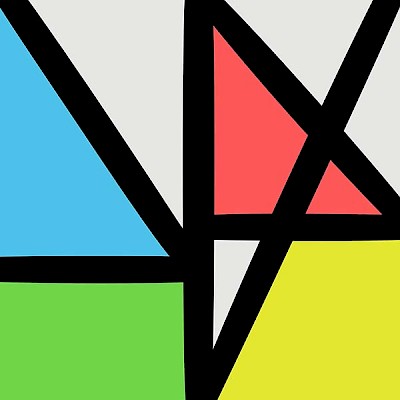 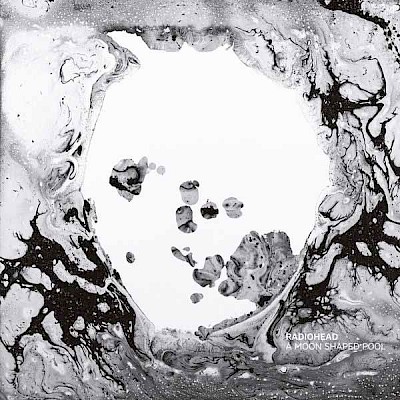 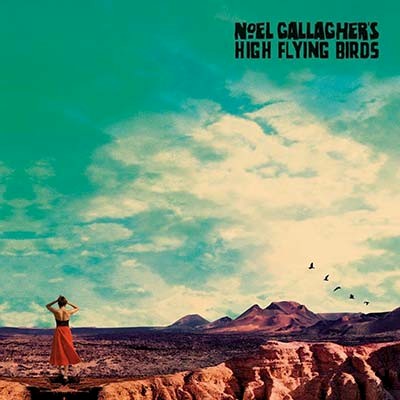 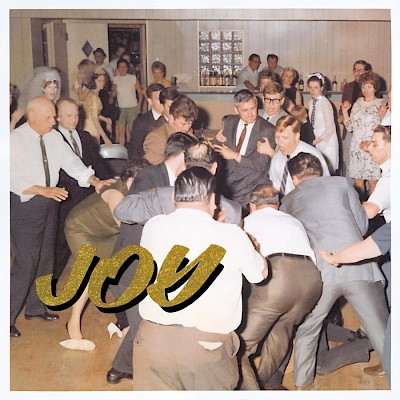 Idles
Joy as an Act of Resistance 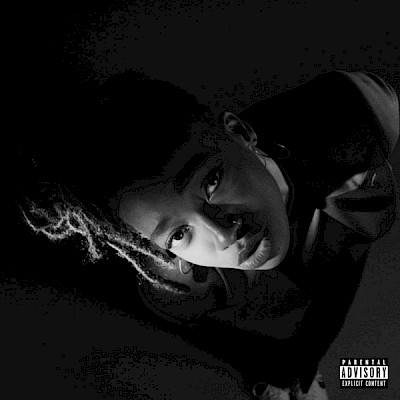 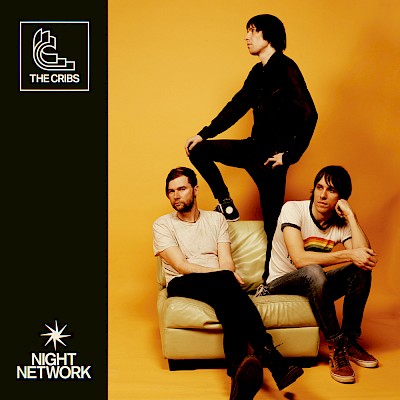